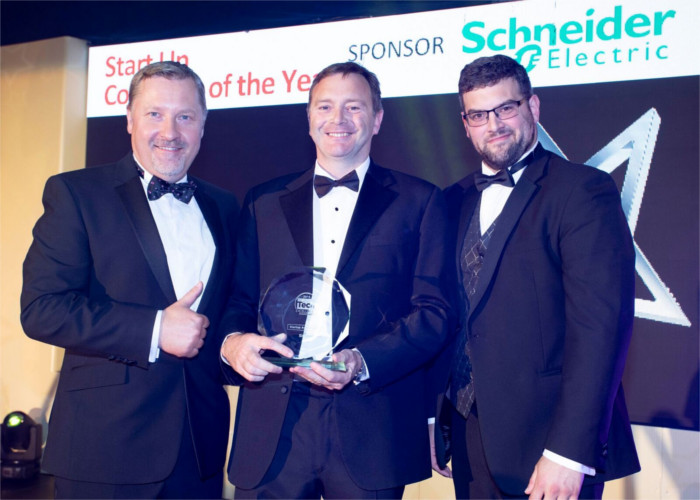 Ireland’s National Tech Excellence awards represent the most prestigious recognition of achievement in the technology sector. Former winners have included the Collison brothers of Stripe and Paddy Cosgrove of the Web Summit.

Siren is a spin-off of the Data Intensive Infrastructure research group at NUIG led by Dr Giovanni Tummarello, together with co-founder Dr Renaud Delbru.

“In Siren the Judges saw the next phase in analytics which will contribute to a transition in enterprise knowledge gathering and contribute to solving vast complex problems.”

The Startup Award recognises the most promising new technology business in Ireland which began operations only in the last few years.

ActionPoint wins IT Architect of the Year ActionPoint took home the title of “IT Architect of the Year” for their Online Passport Renewal Initiative on behalf of the Department of Foreign Affairs & Trade.

ActionPoint placed a focus on the user experience (UX) resulting in faster processing of applications and greater adoption of the system. Since its implementation in March 2017, application turnaround has been reduced by 5 days with online applications being completed 3 times faster than traditional paper applications.

John Savage, Co Founder and CTO of ActionPoint, said “The passport renewals systems are nothing but a technical marvel; to securely manage citizen’s data while delivering a highly responsive customer experience is a huge credit to the dedicated, talented and technically brilliant team we have at ActionPoint. This award is great recognition for all their efforts.”